Grief is a hard topic to tackle. It takes on many forms, and floods at any given moment. It has been one year since her death, yet it seems just like yesterday.

When we first let Emma go I was numb. I do not remember much of anything from the week that followed her death (and the rest of the month fades in and out). I do remember waking up the next morning in my bed, instead of the hospital bed where I had spent the last 4 months. I remember thinking “she is really gone, that was really it.” I remember going to the funeral home and looking at little heart urns. I remember the uncontrollable crying and the looking for her every day.

Every where I looked, I could see her. When I went to get in my car, I would stop and open the back door, the door where her car seat used to be. When I would pick up my house, I would find spoons (she loved spoons) in the places that she use to sit, and I would just leave them. I would find rubber bands with her hair still in them, and I would sob.

I missed her so much, I still do. Yet, over time the missing is “different”, more manageable in a way that only those who have lost someone can understand.

“The First’s”, people say, are the hardest. (Yet I have to somewhat wonder, what about “the seconds”, “the sevenths”) We have gone through the first birthday, the first thanksgiving, the first Christmas, and now the one year anniversary. Yet, I do not think that next year’s holidays or anniversaries will be any easier. You still miss them, you still cry over them, you still long for the day that you will hold them again.

It becomes easier, but still the missing isn’t erased by the space of time.

I wrote a post 7 months after she had passed about the last time I ran my fingers through her hair and kissed her forehead. I was struggling with a lot of things when I wrote that, but the biggest thing was guilt.

I struggled with that. I still struggle with that. But, I know that satan is the master of lies, and that I did everything in my power to make sure that Emma had a wonderful, love filled life. No one could love her the way I did. No one knows the heartache and anguish I experienced on that day, except for my Savior. He held my heart all the way through.

There was a time through my grieving process that I couldn’t pray. I had no words. I couldn’t bring myself to say what God already knew. It wasn’t that I was angry at Him, I just couldn’t go over it anymore. Then, I couldn’t pray enough, because I felt guilty (there is that nasty word again) that I hadn’t prayed.

I finally had to realize that people are just that, people. It is hard when you are grieving not to take everything personally. Others do not know what to say, and often times they say things that they shouldn’t. (For example, someone told me with a smile on their face “At least now you will have more free time.”) It is so easy when you are in the middle of grief to become self focused and offended.

Ask me how I know…

One thing I have learned since Emma died (and trust me, I am still learning) is that everyone is hurting, and no one person’s hurt is more or less important than the other. There are degrees of “pain”, but they all are still “pain” . I am reminded daily that there is a world of hurting people outside my front door that need to hear the story that will change their lives.

Not my story… HIS story.

The story that sent an innocent man to die for sins that He didn’t commit, for people that didn’t believe He was who He said He was. A story that removes all guilt from the equation and replaces it with everlasting peace.

A story of redemption in its finest state… 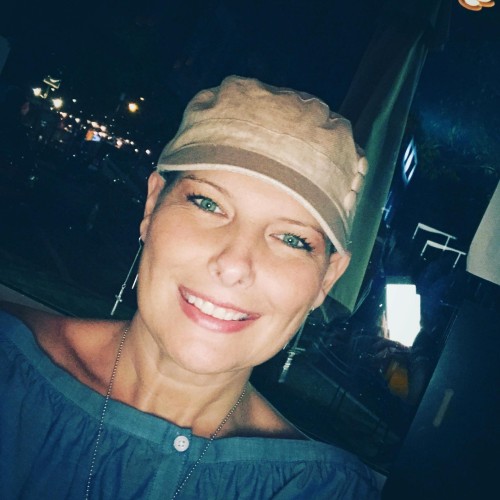 Heather is a brain cancer survivor who lives life on the edge. She loves her family, her bald head and, most of all, her Savior’s grace. She lives in the sunny yet very humid state of Florida with her husband, three children and 2 dogs, a miniature schnauzer named Bailey...