As far as negative reactions went, this one was a doozy. The initial horror had passed, but the wailing from my 14-year-old’s bedroom told us that it would be a long time before she would appreciate her new springtime “trim.”

There was security in those long tresses – as if the ability to pile, twist and toss her hair offered an outer confidence her inner self hadn’t yet mustered. But faster that you can say “overreact,” it was gone, and ten-plus inches of strawberry-blond hair lay on the salon floor.

I could relate – sort of.

My own empty box of Revlon #42 lay in the bathroom trash – remnants of my measly attempt to hide the gray that I still blamed on pregnancies, babies and hormones (along with a thicker middle, weak bladder, and chronic inability to remember that hamburger needs to be thawed out more than a half hour prior to dinner).

If I watched long enough, I swore I could see the gray hairs multiplying around my face – a curious thing since my hair was also thinning at the top of my hairline, forcing me to try a youthful yet unnatural “swoop” of my bangs.

There was a new approach to my beauty routine now. I had trashed my coupons for drug store make-up and headed to the mall to become BFFs with the young chippie doling out makeovers. I told my husband that the arrival of my 40s earned me a bigger beauty budget, and that he’d thank me later when strangers would mistake me for his daughter (well maybe much-younger kid sister).

They say that the passage of time turns youth into wisdom.

But I was armed with shopping bags of foolishness trying to arrest the creepy tentacles of time that were pulling down my face. They also formed craggy “laugh lines” that wrongly suggested I’d spent an inordinate amount of time in my 20s and 30s doubled over in hysterics.

This childishness didn’t last long. Close girlfriends will tell you the truth, and several refused to tolerate my “I’m-can’t-believe-I’m 40”whining. In the course of just a few days, they gave me the verbal slap I needed to jolt me out of my inward focus and force me to look at the truth of God’s word.

“Gray hair is a crown of splendor; it is attained by a righteous life.” Proverbs 16:31

The real beauty of course, didn’t lie in that Revlon box, any more than it did in the pile of hair and tears at the beauty salon. It wasn’t in the packages, at the mall, or even my #42 Light Auburn reflection post-dye.
The real beauty is how I’m viewed by my Savior because of what He’s done for me. It is how he loves me and how He remains faithful – even when I fret over the “gray.”

He knows their numbers, rejoices in my age — particularly the years behind me that I’ve lived as “His.” That is my crown. He rejoices that as “A daughter of the King” I will toss aside the foolishness – sometimes quickly and sometimes not – and come back to what I know to be true.

And what I know is that it is not my own righteousness that enables my Father to see me as beautiful, but Christ’s.

These are the lessons that I’m hoping to impart to the young girl weeping across her bed – lessons that transcend the color of the hair, the style, the length.

They are lessons that get to the root, so to speak, of what really matters as a child of God. 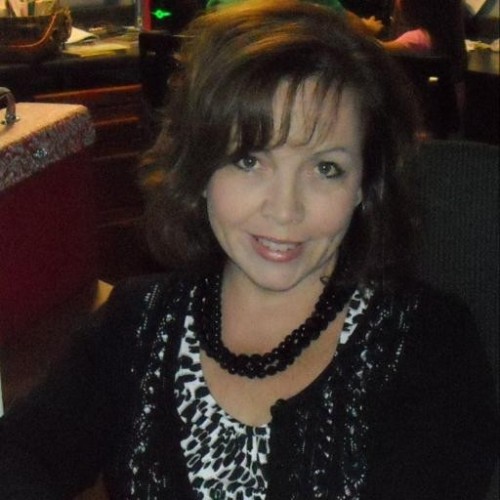 Christi Milligan is wife and mother of five who lives in Newark, Delaware. In her spare time...who are we kidding? She has no spare time! Instead, she steals little moments to write about her life as a stay-at-home mom and Daughter of the King. She loves family, and is thankful...