I used a tissue to wipe up the blood that trickled down my left index finger. Always the clumsy one, I hadn’t been holding the crown of thorns carefully enough.

And all it took was one measly thorn prick to get me in tears.

This Good Friday prayer walk I was in charge of for our church wasn’t supposed to affect me like this. It’s just that that prick hurt a lot.

Because it was only one thorn. One out of, like, a hundred. One condemning thorn that confirmed what I’d spent my whole life denying:

That if it had been me…

I never could have made it all the way to the cross.

If it had been me, I would have called the whole thing off the first time Peter said he didn’t know me.

I would have jumped off the cross long before a sword pierced my side, long before “it is finished.”

The truth is, sometimes we don’t want to think about the physical torture that our precious Jesus went through for us. We watch The Passion of the Christ and are wrecked, literally sick, over it.

But sometimes we’d rather think about that than the other kind of torture he endured on that day.

After all, whips ripping flesh and nails piercing skin don’t make Christ’s death significant. Not really. Two other men were crucified right next to him—bodies also left to suffocate on crude pieces of wood, to push up on torn tendons and gasp for air, to slump down and choke; a cycle they repeated until dead.

Crucifixion was a form of execution in those days. Violent, shameful, extreme—but not unheard of. And if all we do is talk about how bad it was for Jesus’ body, we miss the whole point.

The real suffering on the cross was when the Father turned away from the Son and strapped our sin on Jesus’ back and inflicted the punishment that sin deserves and we’ll never know.

Those other men may have shed blood that day, but they didn’t bear my sin on their shoulders; they didn’t endure their Father’s wrath. They didn’t save my life.

The reason we bow before Jesus is because he could have jumped off that cross, but didn’t. He could have shoved our noses in our own filth and said, “Fine, save yourselves.” But instead he moaned for us. He begged God for us.

He breathed, “Forgive them.”

If Jesus’ death were just about physical suffering, it wouldn’t mean anything. But because that one act bridged the gap our sin put between us and God, it means everything.

So when I think about the cross, I mourn over the physical suffering of the Savior. But I get on my face and weep at the thought that he endured my punishment. That he stayed on that cross until dead—making the resurrection possible. That he never once turned back but instead said to His Father, “Not my will, but Yours be done.” That he bore the suffering and endured the shame and paid the price and defeated it all—to the end of eternal glory.

And my eternal salvation.

By Sarah Nutter, Speaking of Truth 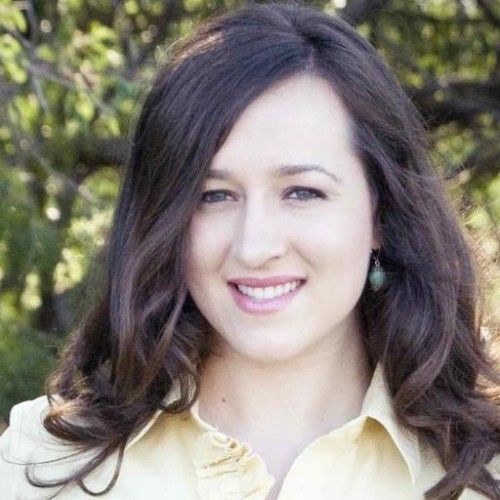 Sarah is a 20-something Texas girl who spends her time having coffee dates with high schoolers and barely surviving Jillian Michaels DVD workouts.