Well, I did for a few months anyway.

It all started when, after eight years of marriage, my husband Ted and I found ourselves sharing a bathroom for the first time.

How did we go that long with his and hers? It boiled down to multiple bathrooms and young children who cared little about sink or drawer space.

The problem is, though, that not sharing for all those years brought with it mystery. I found myself often wondering, What would it be like to share? Would it bring us closer together?

With relocation, came my opportunity to find out. Little did I know it would lead me into a life of hoarding.

Something happened that my dreamy-eyed, new-bathroom-sharing self didn’t anticipate. I begin to notice that my face wash – the natural scrub that I ration to make last as long as possible – started to disappear more quickly than usual. Was I really consuming that much all of a sudden?

Then it struck me. Ted was using my face wash – without asking!

For me, sharing in marriage didn’t include my favorite face wash – at least not without permission first. I quickly confronted him on the issue. The result? Well, my complaints didn’t gain me much. To this day, he still uses my face wash – just a bit more sparingly.

I admit, I walked away cynical. I started to wonder if anything was sacred in the bathroom. What was next? My toothbrush?

When I found my favorite brand of professional shampoo on sale, I stocked up. And then I … well …  hid the bottles under the bathroom sink behind a box. I’d slip my shampoo into the shower when I needed it and then I’d dry it off and hide it again once I was done.

The truth is I was afraid if I shared it, it would be gone quickly and I wouldn’t have the funds to buy more.  Plus, Ted didn’t care that much about the type of shampoo he used, did he?

A few weeks into my new habit, I realized that my hoarding reflected something deeper than I cared to admit. After two years characterized by loss — miscarriage, two lay-offs, multiple moves, and  a house that refused to sell — there was a part of me that feared God wouldn’t take care of me. This fear had translated into my bathroom habits.

It was then that I was reminded of Psalm 34:8-9 where David wrote:

Oh, taste and see that the Lord is good! Blessed is the man who takes refuge in him! Oh, fear the Lord, you his saints, for those who fear him have no lack!

In my shampoo hoarding, I’d forgotten God’s goodness. I’d failed to remember the ways He’d cared for me through difficulty. Sure, we’d experienced multiple losses in the last couple years, but God had sustained and provided for us time and time again.

Friends and acquaintances brought us food.

Family members had cared for our house in our absence.

We’d been given clothes for our kids.

We weren’t once without health insurance.

After each lay-off, it had only been a month or two before Ted found new work.

More times than I could count, we’d been the recipients of “no lack!”

While part of me misses the days of having my own bathroom, I’ve learned to co-exist in one with Ted. And, I no longer hoard shampoo. Instead, it sits, front and center, in our shower just begging him to use it. 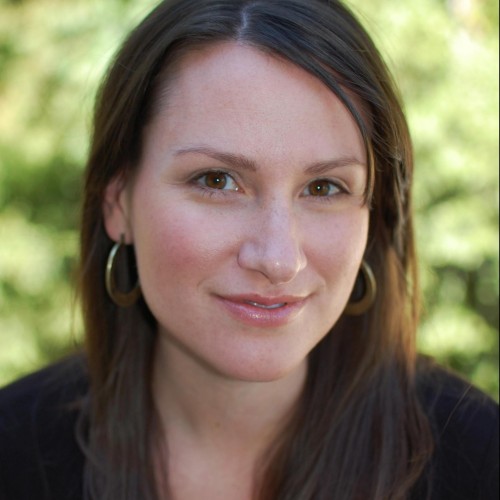 Ashleigh Slater is a wife, mommy, and freelance writer who lives in the Ozarks Mountains of Missouri. She is also the editor of Ungrind Webzine.