I visited my eight-year widowed grandmother this weekend. It still shocks me to see her without my grandfather by her side. They were a matched pair, a perfect set, now waiting for the beautiful day they will be reunited. And she limps along with a smile, but with the gait of one who is missing half of herself.

I came home to wave at my one-week widowed neighbor. The grief is still too new, too raw to process. For how do you even decide alone what to eat for breakfast when you’ve been making decisions together for sixty-four years?

And then yesterday I heard the tale I’ve listened to so many times, told with tears running down the face and exhaustion in the eyes. The details change a little depending on the teller, but the stories are all pretty much the same. How the marriage started well, but has slowly died and is heading to the place beyond hope of resurrection. How wounds have been inflicted and trust has been broken. How love was taken for granted and priorities were shifted. How they wish it could change, but just don’t see how.

And I can’t help seeing those two women while I listen. Two women who would give anything to be held once more by the man whose socks once littered their bedroom floor. The same two women who will tonight go to bed alone instead of beside the snore that kept them awake for countless hours. The two women who now have only themselves to cook dinner for.

What would those women say in this moment?

And I think they would tell you not to waste time with unforgiveness, for time is precious, and when it’s gone, it’s gone.

I think then they would hold you close, bow their heads, and pray for you to have resurrected hope. And they would pray until you could say, “Amen…so be it.”

We recognize that this kind of prayer is best applied in the context of a loving marriage. Where abuse or other broken elements are present, very different choices would likely be necessary.

How to Find Your Way Through the Middle of a Transition, by Stephanie Bryant: https://t.co/Ua8NXOv2O5 https://t.co/YjPd18i1Tr 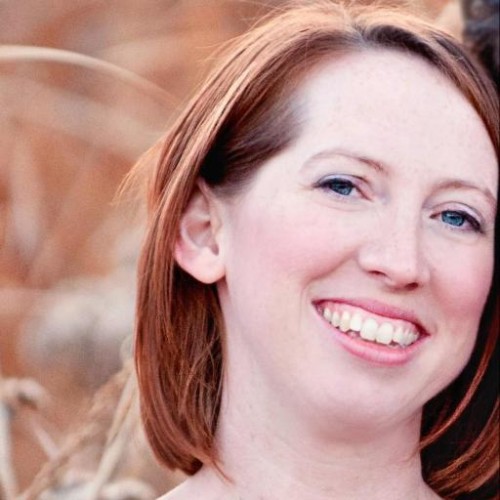 Mindy’s joy is to build the Kingdom in West Texas through writing and the arts, alongside a pastor husband and four kids who are in love with Jesus.