One of the many faces today’s churches seem to have taken on apart from God’s leading is that of the Stepford wives syndrome – picture perfection, all smiles and saccharine sweetness. To maintain such an image, members of the Church have learned to avoid conflict at all costs.

We sit together on opposite ends of a small rowboat in the midst of a raging storm, refusing to address our differing paddling methods for fear we may rock the boat – never mind that the crashing waves have already rocked the boat to the point of sinking.

Perhaps at first we avoid conflict for the sake of preserving relationship, fearing a friendship cannot weather the storm of contrary thoughts or feelings. Eventually, however, as we watch the friendship die in silence, the truth emerges – what we feared most all along was not losing the friendship, but something else entirely. Perhaps the mirage of a perfectly shaped world, a sense of control, or our pride.

Is this what God asks of us – conflict-free perfection? Is this what He means when His Word says we should not be a house divided, but should be of one mind?

I worked in an organization where sweeping conflict under the rug to remain hidden is precisely what made the house fall again and again. To be a body made of diverse parts inevitably means differences will arise. The mind and feet may want to run while the heart and arms desire embrace.

Such conflict is not bad. How we approach it can be, but the approaching itself is not wrong. There are reasons the parts behave differently – it is good that they do. But we rarely learn what to do with these differences. Many fail to speak the truth while others fail to speak it in love.

Our teachers tend to be parents squashing emotion or exploding in rage;

cultures idealizing happiness as ultimate good, forbidding that any cause discomfort;

churches silencing members for the appearance of kindness, goodness, gentleness – as though God’s Spirit is incapable of producing such fruit;

science informing of only two options – the nerves say flee, so we dare not fight.

But I do not speak of fighting, not with fists or with words. [How ridiculous we inculcate children with rhymes causing wonder at words that cause pain. At least bones broken by sticks and stones can heal with time. The cuts of words run deep and fester.]

We cannot all just get along until we first learn to not get along. It is time for the Church to teach the truth about conflict. We cannot afford to continue running.

The Scriptures present peace as an active concept, one to be pursued, not simply arrived at by placating. Ephesians 4 urges believers to speak truth and be angry, even as it exhorts them to “be kind to one another, tenderhearted, forgiving each other, just as God in Christ also has forgiven you” [NASB].

Heaven does not forbid that one feels pain. The Bible abounds with angst-ridden conflict: Jacob and Esau, David and Saul, Sarah and Hagar, Jesus and Pharisees, God and humanity. All ultimately lead to God’s purpose and to transformation of man.

Discovering our own way is not the right or the only way threatens our everyday living, drawing us near to hear God’s truth. His truth is enough to overcome, enough to reconcile.

As we paddle along in the storm-tossed dinghy, we can dare to shift forward, to break silence and converse. In so doing, we may find a common stroke that pulls further forward, landing us closer to shore.

By Halley, The Sky Above Us 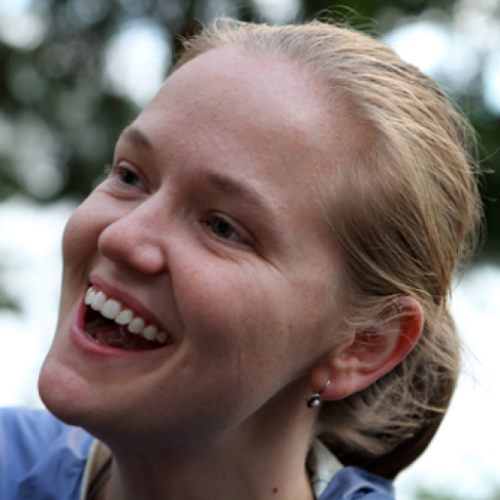 Halley writes to find hope amidst brokenness, faith amidst doubt, and justice amidst suffering. She has a tendency to rock the boat.