My walk to faith was never a straight line. In childhood my few experiences with Christianity were confusing and at times slightly terrifying . A grade school sleep over where I was told that it was too bad I was not “born again” because it meant I was bound for hell. A churchgoing friends house that was ruled with intimidation and a demand for perfection. Catholic neighbors who went to Mardi Gras every year in New Orleans and carted home giant bags of metallic plastic treasure which I interpreted as their reward straight from GOD for their dutiful attendance at church and the attached private school. God was a sort of Santa Claus in my mind that loved you if you were good. God had no use for a creature such as me, never a good girl and always broken. I had no use for a God that I could never be enough for.

At 26 my husband and I became pregnant with our first child. We were not yet married and living in a rundown apartment with mauve carpeting and cinder block walls. God’s perfect timing interceded and we met with a pastor new to St. Louis because a friend of my mothers thought we would like him and we needed someone, anyone, to marry us. I walked in to his office nauseous and prepared to take my punishment quietly if necessary. The condemnation never came. Each week I would brace myself for the request to accept Jesus, a man I know nothing about other than he was very very good, as my personal savior and week after week I was instead introduced to a Christian that in his every question and comment conveyed his sincere respect and interest in our lives that we did not have to earn.

That pastor married us and months later as the birth of our daughter approached we decided to attend the church that he led. I had never read the bible. I was ignorant of all things Church and hopelessly intimidated by believers. Women I barely knew decided to throw me a baby shower and I begrudgingly went so as not to offend any of the nice and good people. My husband was called to work at the last minute and I walked into the house alone, near tears, shaking with fear of being found a fraud, undeserving of any kindness. Towards the end they decided to pray for my baby and the delivery. We stood and joined hands and I can clearly remember my hysterical thoughts that we were going to chant and kneel and do something ceremonial and terribly RELIGIOUS. Instead, one by one, people just talked. They talked to God and asked for protection for my daughter, for peace, for joy, for health. For nine months I had carried a child I was convinced I did not deserve and was going to lose. For nine months I had stayed upright by my will alone with white knuckles and a hurting heart.

There in that backyard, holding hands with strangers I was delivered into a Father’s arms I had only heard of. For those moments in prayer I was not afraid. I was safe and breathing. I could let go. It was two more years before I knew that Jesus was my savior. I needed time to learn and ask questions and let go of Mardi Gras beads and Santa Claus, of fear and condemnation. Just a few short hours after that circle of prayer my water broke and 24 hours after that I held my daughter in a dim hospital room weeping in thanks to a God who had pursued me through cigarettes and tattoos, countless failures and mistakes, through hard times I thought would kill me. I wept because my journey with my daughter had just begun and I knew that I was no longer alone. Never in a straight line but the only line that mattered, the one that led to Him. 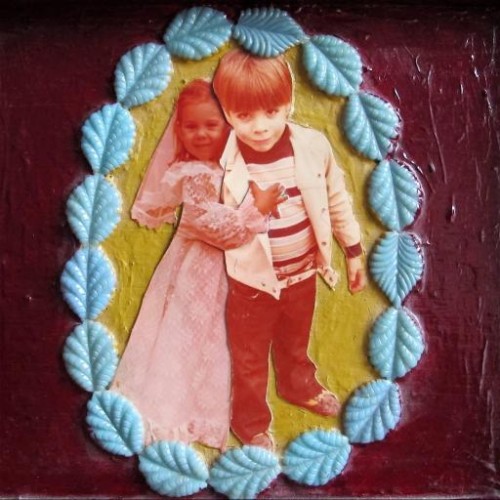 I am a graduate of art school (hopefully paid off by year 2067) who married my high school sweetheart, had many random jobs and ended up driving a minivan with our 4 children 7 and under and our dog Moose. I write and create most days during the kids naps...