It’s been twelve years, but I can still remember every detail.

The smell of rotting fish.

The dozens of homes flooded so badly that people were living in the rafters.

The way the villagers greeted us at the dock, one girl brave enough to reach out a hand and touch my arm.

Checking to make sure you’re real, I was told.

How they’d crowded around to escort us to the tiny, makeshift dwelling of a new mother. I’d slept in tents bigger than that home.

The baby in her arms…so new, so fragile, so precious.

Smiling as we struggled to get comfortable on the dirty floor.

Laboring over each word spoken, trying to keep up with a conversation not in my native language.

But soon it was as if a common language wasn’t even necessary…I merely watched as a life-changing event unfolded before me.

My friend spoke to this woman, Bible open. Told her of Jesus and what he had done for her.

Her eyes lit up as she heard for the first time.

And prayed for forgiveness.

I don’t remember much about the events that followed. All too soon, we were back in the motorboat, leaving this tiny Amazon village so small you will never find it on a map.

But I’ll never forget that day…or the impact it had on my heart.

It was so much more than witnessing a sister transformed by His grace and welcomed into the Kingdom.

It was then that I realized the world was so much bigger than I had ever imagined…and that God’s love reached to every hidden, forgotten corner of it.

That day, as our boat sped away, I glanced back at that small, insignificant village and the woman whose heart God had used to change mine.

She waved, flashing us the biggest smile I’d ever seen.

This woman, who possessed nothing of earthly value, now had everything she would ever need.

May we all live with such gratitude. 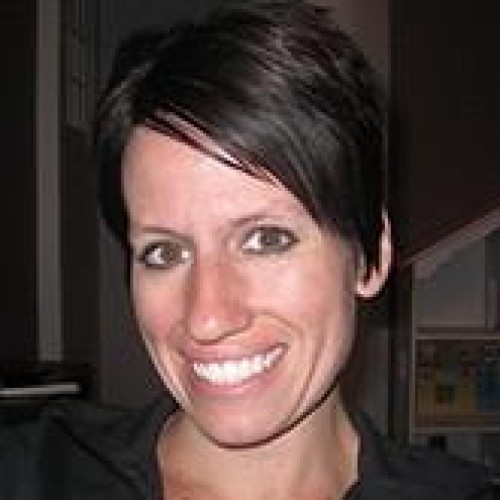 Follower of Christ, wife to Tobin, mommy to Maelie, friend, heart-writer, guitar strummer, coffee lover. And she loves to run barefoot in the rain.