How many times have you missed pivotal details by skimming through well-known stories in the Bible? This Easter, it’s time to pull the characters away from the flannel graph and imagine these narratives as more than just stories – they were reality. Go back to Jerusalem, and put yourself into the thoughts and emotions of this New Testament woman.

The fluttering of her heart beat faster as she crept from her pallet, clutching prized flasks of perfume to her chest. Careful, so as not to wake the others, she tip-toed across the room and slipped outside as quietly as a gentle breeze.

The path before her lay enveloped in shadows, causing her to stumble and wince occasionally as a sharp stone pierced her foot. Maybe it was foolish to set off by herself, but she needed to face His bruised and battered body alone.

She shivered, but not from the cold. Her mind raced backward to the first time she met the man who made this walk so unbearable. She was a soul tormented by whispered lies and terrifying visions. It was a miracle she had even spotted Him in the crowd that day. When their eyes met, she found herself pushing and shoving people away, just to be near Him.

“Mary.” His voice was smooth, like honey, his touch gentle and warm. How did He know her name?

Her heart squeezed tight, yet her soul felt bare and open. Peace began to work its way through her small frame and one by one, she felt the spirits leave her.

Shaking her head back to reality, Mary focused on finding the grave that held Him. Sliding between the cool rocks, her heart began to pound as she crept closer. There. His tomb. Her Lord.

Something wasn’t right. The heavy stone that once sealed the tomb’s entrance was missing. She felt the blood drain from her face and fear pulsed through her veins. She advanced toward the opening and peeked inside. The slab where the body had lain was empty! Thinking herself mad, Mary closed her eyes and took a deep breath. One of her eyes cracked open, slowly followed by the other. Nothing had changed. Tears flowed as she fought to control the despair settling into her heart.

How much more could she take? Her thoughts flew back to His crucifixion, watching the sharp crown of thorns being pushed into His tender flesh. The spear thrust into his vulnerable side, the nails piercing the hands that had once healed her. Mary pulled her tunic closer, burying her face into the soft folds.

“Woman, why are you weeping? Whom are you seeking?” Mary wiped her eyes and looked up to see a kind and gentle man approaching her. Thinking him the gardener, Mary bowed her head, lip quivering in response,

“Sir, if you have carried Him away, tell me where you have laid Him.”

The man tilted his head, “Mary.”

Eyes widening, she jerked her head toward the one who had uttered her name. That voice. It couldn’t be. Could it? Blinking through the tears, Mary struggled to see the man’s blurry image before her. The familiar use of her name…the way his eyes beckoned her once more…perhaps it is Him. Recognition burst through the floodgates of her soul and she shouted,

As a woman, I can certainly imagine the range of emotions Mary must have felt that day. She woke up in the morning with a broken heart, experienced shock at finding an empty tomb, and later rejoiced in a Savior who had conquered death. This season, may you share Mary’s passion and excitement in knowing Jesus has risen!

﻿By Kalyn Comings, A Quiet Strength 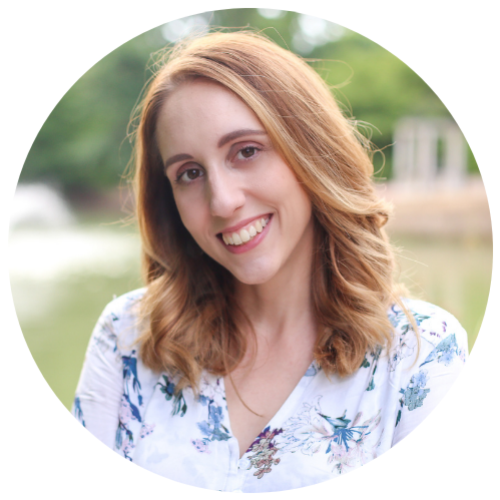 I'm a 20-something year old wife and daughter of the King. I fill my time by reading just about anything I can get my hands on; you will usually find me in the middle of four or five books at once! I love to organize, create scrapbooks, and travel with...