We know the tragic story at the beginning of the book of Ruth: in a span of 10 years, a woman names Naomi loses not just her husband, but also her two grown sons and is left to put back the pieces.  She decides to move back to her homeland of Bethlehem from Moab where she had settled many years before.  Naomi urges both of her daughters-in-law to stay behind with the hope that they could marry again.  One of them, Ruth, says absolutely not and in one of the most beautiful promises of devotion found in Scripture says: “Where you go I will go, and where you stay I will stay.  Your people will be my people and your God my God.”

Once they reach Bethlehem, Ruth goes to work in the fields gathering wheat behind the harvesters for herself and Naomi.  Ruth gains immediate favor from Boaz, owner of the field and second in line to be their family’s kinsman redeemer, someone who could buy back Naomi’s land and provide protection and a future for both Ruth and Naomi.

It is Naomi’s desire to see that Ruth is provided for, she instructs Ruth to go to the floor of the threshing room that evening, perfumed and well-appointed, to ask for Boaz’s hand in marriage.  Ruth does just that.  She waits until Boaz has eaten and falls asleep and lays herself at his feet that night.  He awakes with a start in the middle of the night and sees her lying there.

Seeing the earnestness of her request and knowing the authenticity of her heart, he says, “This kindness is greater than that which you showed earlier: You have not run after the younger men, whether rich or poor.”  Boaz admonished that she was still young, free to marry, but she had her sites on this man of honor, this man who loved God, who looked out for her well-being, and yes, was probably more advanced in years than you and I envision.  He promises to take care of her.

I could see what the book of Ruth was revealing not just about God, our kinsman redeemer, but saw what it revealed about the Bride of Christ–about me.

I had absolutely nothing to offer Christ.  Ruth was a barren woman, a Moabite, a foreigner who had nothing but the clothes on her back and a willing spirit. The only thing she had to offer was a dependence and a deep devotion to someone who could care for her.

It is through this story that I can learn and apply some practical attributes in my own life:

Faith: Going forward, knowing who our God is and what He has done in the past being confident for what he will do in the future

Hard work/willing spirit: God does not expect us to sit idly by, but want us to pursue our goals, our dreams, doing our best to meet our needs in His strength

Devotion: Ruth showed extreme devotion to two people, Naomi who was grieving and to Boaz, a man she really didn’t know that well, but could see the fruit in his life

Initiative: I think part of Ruth’s boldness in her interaction with Boaz came not just from her instruction by Naomi, but a confidence that God was going to continue to provide.  She could see glimpses of that in her own life and if she had been introduced to Naomi’s God  and shared the oral tradition of the Jews, she would have known His goodnesses in the past

I approach the throne of God’s grace just as Ruth came to Boaz, I have nothing to give but my full surrender, I am spiritually destitute. It is about offering myself at His feet daily, knowing that He can provide my every need.

By Rachel, Every Day’s Best 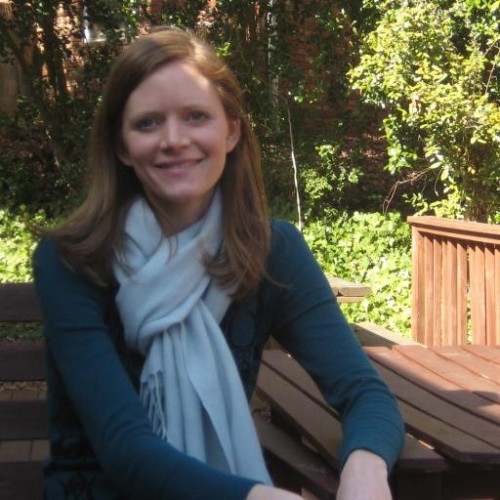 A recently single mom who is passionate about a couple of things: God, my family and books. My blog, in some shape or form, incorporates all three.