I grew up in a harsh home, with a father who spent much of his time lashing out verbally and physically, promoting a constant environment of anger and fear.

We didn’t go to church, but when I was eleven, my married sister invited me to go to church with her and her husband, and one Sunday in December 1969, my dad surprisingly said yes.

The gospel message was given that Sunday, and I knew I wanted to accept Jesus Christ as my Savior and receive His gift of everlasting life.

I was too timid to go forward and didn’t know enough about church protocol to know that I could have asked my sister to go up the aisle with me.

In the kitchen that afternoon, I prayed and asked Jesus to come into my heart and save me. I knew I was His from that day forward. Sadly, I was not permitted to go to church again, but I knew my salvation was sealed forever.

After college, I met and married my husband and we moved to Texas – far away from my parents. There was no relationship with my dad. I rarely saw my parents, and when I did, he would always do something in anger to ruin our time together. It seemed he would never change from the angry man I had always known him to be.

In January 2001 when my mother died, I looked across the funeral gathering at my father and thought to myself…

Now that Mom is gone, it wouldn’t bother me if I never saw him again the rest of my life.

I felt an instant and strong conviction in my heart that this was not the attitude God wanted me to hold.

No, instead, God wanted me to have compassion.

My dad was now alone in this world. He didn’t have many people in his life because his anger drove them away.

I began to write letters to my dad. He didn’t have a phone due to his anti-social nature, and letters were the only way to communicate with him. My letters were not very deep, as he was someone you always had to watch your words with, he was easily set off, so I kept them light.

I would come to the end of a letter and struggle with how to sign off. Since the relationship was a strained one, it didn’t come naturally to sign, Love, Kathy. I would consider it, but my heart just wouldn’t go there. Instead, I would sign off, “Thinking of you.”

Until the day God convicted me again – and this time I knew He wanted me to sign, Love, Kathy.

Oh, I struggled with this!

But I knew it wasn’t enough anymore, now God wanted me to take the next step.

I wrote the letter and when I was signing off, it was extremely difficult to write those four letters…

The struggle in my heart to do this made me feel like a horrible Christian. What kind of Christian can’t sign L-O-V-E at the end of a letter to her father?

I forced myself to do it. I knew God wanted this and I did it out of obedience. I cared for my dad, but the four letter word still didn’t roll easily from my heart or pen. But I signed, Love, Kathy and marched that letter out to the mailbox feeling pretty miserable!

So miserable I walked back to the mailbox and retrieved it and sighed, “Lord, I can’t do this.”

And then I marched back to the mailbox and put it back in there, and while standing in the living room planning another trip to retrieve it again, the mail carrier came by and the letter was gone.

Love, Kathy was gone, on its way to a father who never demonstrated love to me. To a man who never expressed remorse for angry words and angry actions.

And yet, with that single act of obedience, came a new lightness and freedom in my heart from all the pain from the past. It didn’t hurt anymore because complete healing was taking place. I was finally able to let the past go and let it go for good!

My dad hasn’t changed much, maybe ever so little, I still pray for his heart to soften.

But it definitely changed me!

I was finally able to live free of the past and no longer carried its baggage with me. I learned that God blesses obedience in ways we cannot fathom.

I continued writing to my father, and signing Love, Kathy was no longer a battle for me.

Instead, what started as a single act of obedience began to feel a little like love. 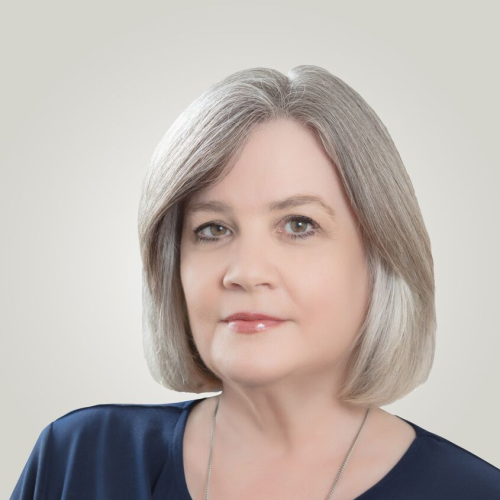 Kathy loves to write about the rich relationship God desires to have with us, and how that is walked out in everyday life and every circumstance.