It was one of those nights.

Morning came far too soon and this mama does not function well on little sleep. Pouring my morning coffee, I thought to myself, there is no way I am going to make it through today.

Beyond physical fatigue was spiritual weakness after a month that had seen multiple illnesses, subsequent doctors and hospital visits, piles of medical bills, an overworked husband at the height of his busy season, and looming adoption expenses.

It was one of those mornings where all I could pray was, Lord, give me whatever it is that I need to make it through this day.

By the very hand of God, it turned out to be one of the most serene and joyful days possible, especially considering that half of our family were sick. I did load after load of laundry, scrubbed every inch of our house, and all of the other usual and mundane tasks of mothering a sick child.

Yet, something just seemed different.

At the end of the day it occurred to me that I should have been exhausted, but instead I was strangely energized. I racked my brain trying to think of what trick I had used to get myself through.

Then I realized I hadn’t gotten myself through the day at all.

On a day when all I had was His grace to cling to, He showed me it was really all I needed.

My grace is sufficient for you, for my power is made perfect in weakness.- 2 Corinthians 12:9

I thought of a couple of friends I have who never seem to get rattled by anything. It’s not so much that their houses are cleaner or their children just don’t misbehave. It’s that despite whatever life throws at them they have this eerie peace about them.

As that day ended, I realized, they are no different than me except that they daily walk in God’s grace.

Grace that says motherhood is more about enjoying and less about enduring each day.

Grace that says sometimes it’s best to leave the messes as they are and curl up with little ones to read a book.

Grace that knows that the things that mean the most in our homes are unseen.

Grace that says He doesn’t ask perfection of us. He asks for hearts willing to do the work of mothering young souls.

Grace that says He will provide everything we need to accomplish the job He has given us.

If we just let it be enough.

If we just rest in His glorious promises, He will meet us where we are and fortify us with His undeserved grace.

When it comes to those days, there is really only one thing we need: God’s sustaining grace.

He tends his flock like a shepherd: He gathers the lambs in his arms and carries them close to his heart; he gently leads those that have young. – Isaiah 40:11

By: Lara, The Farmer’s Wife 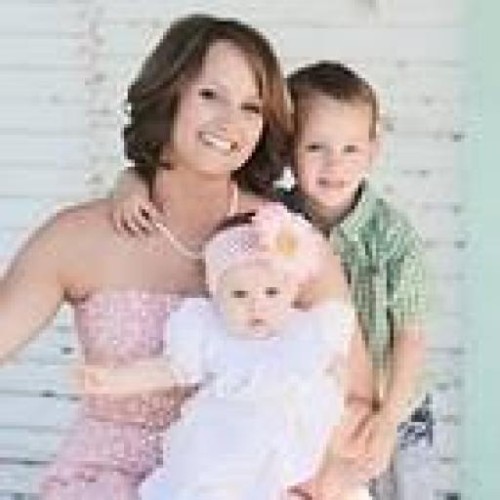 Lara is a daughter of the Most High, a mama of two, and a farmer’s wife. She writes about faith, adoption, kid-chasing and all things farm-y.