The situation was desperate: Judah’s enemy of old had risen yet again. The king of Judah had dealt with them before, and had conquered them by God’s miraculous intervention, but this time was different. How could his people survive against a relentless army so much larger than their own? There was no chance of survival. Not without a miracle.

So the king of Judah turned to the only One Who could provide the miracle they so desperately needed. And not only the king, but all the people gathered together, lifted up their voices, wept and prayed, sought the Lord’s intervention.

Their prayer was one of honesty and surrender, an admission of weakness and powerlessness in the face of the enemy. If you and I prayed that prayer in our own time and in our own tongue, it may have sounded something like this: “Heavenly Father, You are Lord of all, and all power is in Your hand. No one can withstand you. Lord, the enemy is too great for us and we are powerless against it. We don’t know what to do… but our eyes are fixed on You, trusting in Your deliverance.”

The Lord heard their prayer, as He always does; and He answered it, as He always does. Through the voice of His prophet, He reminded the king and his people that the battle was HIS to fight, and HIS to win. He commanded them…

So the people of Judah positioned themselves for battle as they were instructed, but instead of marching toward the enemy, they obeyed the Word of God and stood still. Instead of lifting weapons to fight, they lifted voices, and with great faith in their Almighty, All-Powerful God, they began to praise His name. They praised the beauty of His holiness; they praised His enduring mercy.

There was no greater weapon. As soon as those words of praise began to sound, the Lord began His fight. And when the people of Judah cautiously went to peer into the wilderness where the enemy was encamped, they found nothing but destruction. Not one soldier of the enemy had survived, and not one soldier of Judah had been killed.

And not only that, but it took them three days to gather the spoils of war… spoils of a war they never even fought! An abundance of valuables, precious jewels, more than they could carry! The people of Judah returned to their homes, joy and elation replacing the fear and stoic faith of before.

We all have enemies in our life.

Not the kind that come rushing at us with a spear, or a sword, or a gun. Usually, they are the kind that attack our mind with doubts and fears and pressures of the day. Worries about the future, our children, or our health.

Like Jehoshaphat and his people, we have prayed, “Lord, I don’t know what to do.” We know that God is all-powerful and sovereign over all things, but we don’t understand why He has allowed this enemy to attack:

Haven’t we served Him faithfully?

Hasn’t He promised to be with us and to help us?

Why, then, is the enemy still advancing? The desperation mounts and the fear grows. The enemy is almost victorious… and often IS victorious.

Listen to God’s instruction to the people of Judah.

In the face of the enemy, he told them to do nothing.

He told them to stand still.

He told them to watch and see the salvation of the Lord.

That’s not our natural human response. Our typical reaction when we are face to face with an enemy  – sin, poverty, ill health, grief, or anything in life that gets us down – is to fight. We attack the enemy with our knowledge, our discipline, our strength, our efforts, whatever weapons we have at our disposal. We weild them frantically and wonder why nothing is working.

Maybe instead of fighting so hard, we should follow Judah’s example: stand still and see what God does on our behalf. In anticipation of His victory in our lives, we should then begin to praise:

Praise His holiness and His mercy.

Praise His goodness and His sovereignty.

Praise His name, the name that is above all names.

And God will fight for us, and will win. The victory may not be what we expect or even want. But when we stop fighting, and start trusting and praising, God will be free to do His work in our lives.

And the enemy will be conquered! 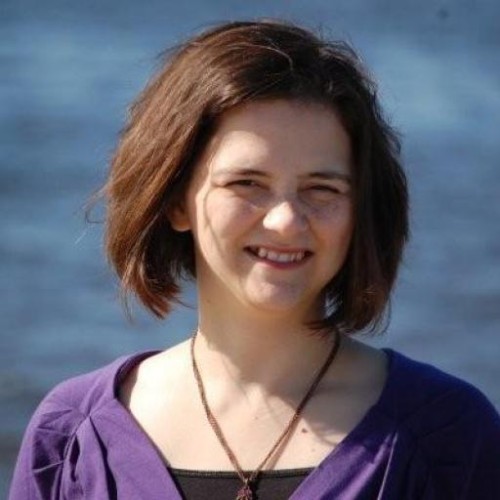 Anne Simpson is blessed to know the love of God, of family, and of friends. She is a stay-at-home mom to one little toddler boy and one on the way, but teaches piano and blogs in her spare time (what little there is!).