It has been 9 months since my dad took his last breath. Nine months since I stood at his bedside and watched his cancer-ridden body struggle to survive in between painful breaths. Nine months since I kissed his warm skin and saw his eyes search the hospital room until he found my face. Nine months have passed since I got that call from my teary-voiced mother that my father no longer existed on this earth.

So much got buried with my father. His hearty laughter. His brilliant smile. The gentle way he said my name. And truth is—a big part of me died that day.

Ironically, a big part of me also came back to life. You see, at one time the relationship between my father and I was dead. It was like Lazarus in the Bible—wrapped in grave clothes and laid to rest behind a heavy stone. I hated the man my father had become: selfish, at times mean and withdrawn. It wasn’t until years after I moved out on my own that I was told my father had been living with a drug addiction. He was a functioning addict. One who went to work every day; cleaned up nice, smiled and waved at the neighbors and won people over with that smile of his. But I knew the ugly secret and I hated my father. Never wanted to speak to him again. Wished him dead even.

It’s hard to believe I ever felt this way about him. Amazingly, what didn’t get buried is the reconciliation that God brought to our relationship. My father eventually kicked a hard-core drug habit on his own and ended up acknowledging Jesus as his Savior. And our relationship flourished over time. He once again became the daddy I grew up with. He was my friend. My champion. My cheerleader. The best daddy a girl could have.

I don’t even remember when the transformation started. I do remember that my heart became tender for him before he was fully cleaned up. There was no verbal apology but my father’s life became one big act of forgiveness. I often think about how I would feel today had we never reconciled?

The world says to discard painful or difficult relationships. We are such a throw-away society, but God is in the recycling business. He finds a use for all of our broken pieces, shattered promises and crumbled relationships. The world tells us some relationships will never be mended. But God comes in and turns that all upside down.

In John 11:25 Jesus says, “I am the resurrection and the life.” Resurrection isn’t a thing or an event. It’s a person in the form of Jesus Christ Himself. When we have His Spirit dwelling inside of us, we are walking around with resurrection power. Jesus Himself is the resurrection. When He’s invited in, relationships that were once dead and buried can be brought to life.

So grateful that God went to the curb and picked up what was trashed. God saw our relationship sitting there mangled next to piles of garbage waiting for the next trash pick-up. There were so many broken pieces. I’d swept them up and dumped them. To me, they were good for nothing. But God gently picked each piece up and created something new and good. He already saw things between us restored and whole.

If there’s a relationship that you’ve trashed, don’t think for one moment that God can’t step in with His resurrection power and make it new. It’s what He does best. Might there be a struggling relationship in your life in need of God’s powerful touch? Hand it over to Him and you’ll be surprised at what He hands back to you. 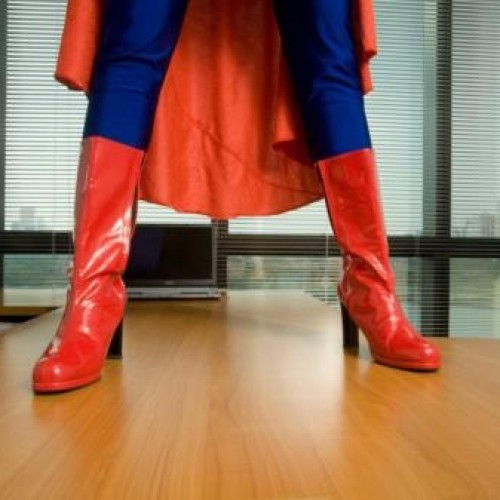 Antracia Moorings is an editor of a ministry magazine for a mega-church in Los Angeles. She’s also a wordsmith. Lover of Jesus. Bible believer. Bookworm. kate spade fan. iPhone fanatic. Reality TV show junkie. Photography novice. Paper crafts creator. And most importantly, a miracle in the making. She blogs over...