I’ve been noticing more and more of late that the stories I learned in Sunday School, while clutching my cup of goldfish crackers and staring at the blue felt board, have taken on entirely different meanings in my adulthood. Noah and his family stuck on the arc for 40 days? I can only imagine the smell, the tension, the dread, the claustrophobia. Baby Moses in a basket floating down the river? I literally weep for what his mother must have felt. Ruth taking a vow to follow her mother-in-law through life even after the man they both loved had died? Well, perhaps we’ll leave that one alone.

The prodigal son is one of those Bible stories that long ago became an archetype even outside of Biblical learning. Current slang definitions equate the concept to a person who spends money wastefully and lavishly. Looking at the Bible story (Luke 15:11-32) and at personal reconnaissance, I’d say that’s a pretty accurate fit; most prodigals squander everything they have, especially their chances and their relationships.

I was a prodigal, one who ran from truth and tried to find a way of life that was more palatable for the desires of my early 20s. After many failures, humiliations, warnings, burned bridges, and episodes in the proverbial pig pen, I found my way back home.

Currently, I am the stepmom of a prodigal…  a worried, hand-wringing, angry, second-guessing, heartbroken parent to a young man who is wandering the world lost and wasting his riches. After seven years of raising him alongside my husband and my stepson’s mother, I am now navigating the same territory my parents did not so many years ago.

Mention “prodigal” in a churchlike setting and you’ll see some nodding heads.  Mention it among my “church clan,” that which mainly exists in the nomadic world of Southern Gospel artists, and you’ll hear a few manly voices reciting song lyrics, as there are several songs which chronicle the plight of the prodigal. There is even one that is written from the perspective of the prodigal’s dad.

That song has been a great source of meditation and solace for my husband during these months. And while I appreciate its message, it has led me to a question: What about the prodigal’s mom? Where was she when her baby boy walked out the door? What was she thinking, feeling, praying, and ranting about while he was blowing his inheritance? And my real pondering of late, as I begin to see a light at the end of this tunnel, is how did she respond when her boy came home?

Did she meet him on the road alongside her husband?

Did she wait until after the big welcome home bash to embrace him privately, to talk and weep together?

Did she sit in the kitchen alongside her eldest son and sulk with him, resentful that her husband was so forgiving of this foolish child who caused them so much stress?

Did she defrost slowly, choosing to forgive her son and welcome him home, but doing so with a guarded tenderness and slow trust?

Of course, like many stories in the Bible, we have none of these answers, just the model provided through the prodigal’s dad. He did not seem to stop and weigh the sensibility of running to meet his son. I believe perhaps he saved some questions and admonishments for later, but upon seeing his boy back at home – willfully, remorsefully – he accepted him with all his heart. As God did for us.

As I will do for my prodigal, when he returns.

By Kelly Burton, My Life As The Glue 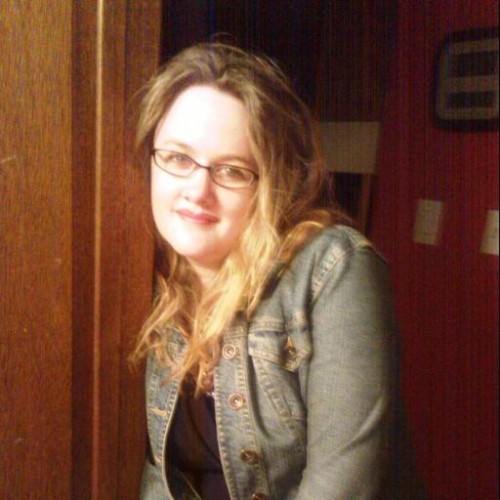 Kelly is a work-at-home editor, wife of a gospel singer, mom/stepmom/homeschooler to 3 daughters, and praying for a prodigal. Read more at her blog.