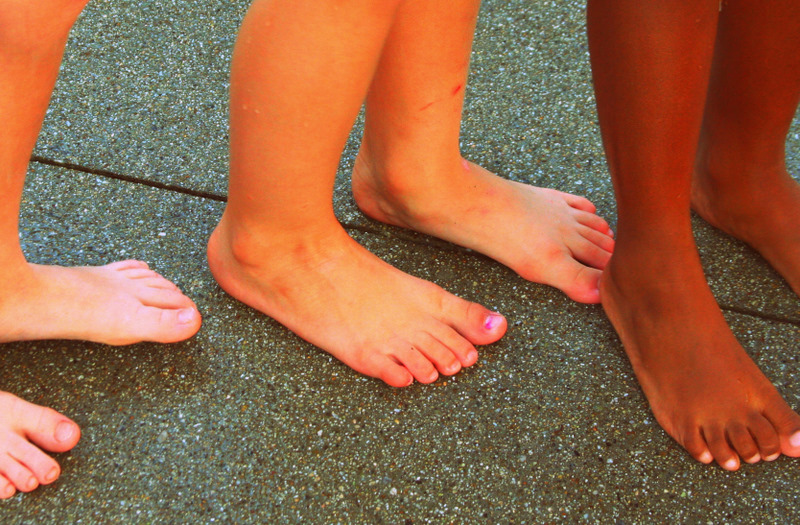 Last August, when (in)courage was born, Holley and Stephanie asked us to write about courage. I wrote about watching my daughter in swimming lessons at the community pool. She jumped off the diving board with courage. Not because she wasn’t scared, but because she simply showed up.

There was courage in the tears, in the struggle and in the jump.

Twelve months ago had I no idea that God would be asking ME to show the same type of courage. This summer I’ve been faced with my own diving board of sorts.

I’m a person who hates change, hates instability, has her whole week planned out by Sunday afternoon. I have never been brave enough to

At least do anything that requires super-sized faith.

Yet, I’m standing dripping wet, my own toes hanging off the end of my own sandpapery springboard.

Deep blue deep-end taunting me and I’m starting to get cold in the breeze.

I’m unable to stay where I am.

But so afraid to jump.

I’m learning what real courage and real faith are and I’ve realized that beginning last August, perhaps with writing my first (in)courage post, God has been preparing me for this summer. He’s been prepping me for the jump. I’ve begun to learn that courage doesn’t cast out fear altogether, but it asks you stand up and do it BECAUSE you are afraid. Because you know it’s right to do.

This has been a not-easy year of courage building.

And now I must put courage into action. I’m learning that what lies behind a strong faith is a courageous faith.

Who knows? Maybe even these actions that seem so big to me now are tiny in the long run. Maybe even this, which looms huge and depletes all of my faith, is training for something bigger and scarier.

I’m alright with that though because I’ve already stood there once before, looking over the edge into the deep water.

What have you learned over the last 12 months that you never thought you’d have to learn? Have you had to take a jump of bravery lately?

You will always be creative, just as The One Who Created You. -@rachelmariekang: https://t.co/WCPZDdrVl4 https://t.co/VrSUyFLFrq