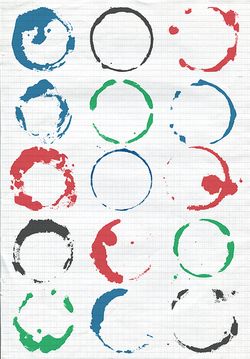 It didn’t seem like there could be a happy ending to this story. But God had other plans.

My friend Gil Jun’s father was tortured and killed in North Korea. Gil’s mother fled the country with her two small children, suffering through a brutal journey to safety.

Poverty-stricken and displaced, the small family moved to Seoul, and found solace in a church. Together they placed their faith in Jesus, and through all the circumstances of their lives, kept their joy and dignity.

It was an answer to prayer when Gil was selected by an American sponsor. The consistent donations of this generous woman, Mary Lou Mueller, enabled Gil to receive his education.

Gil had a dream to go to the Unites States to meet his benefactor, but he was married with children when the day finally came. Having talked frequently about Mary Lou with his family, they were all overjoyed to meet her.

Gil was called to become a pastor, and Mary Lou became a big supporter of his ministry—especially when God led him to a building program in Chino Hills, California to establish Crossroads Community, a Korean-American church.

Mary Lou, at the age of 85, attended the dedication of the building, so proud of the young man she had supported all those years ago who was now making such a difference in his community.

After the service, on the way back to the airport, something in their conversation made Gil wonder about her relationship with God. Not long after, Gil visited her at her home and asked if she had ever accepted Christ as her Savior. To his great surprise, she hadn’t.

Gil shared the gospel with her that day, and Mary Lou began her personal journey with Jesus. They wept together and praised God, in awe of his presence. The legacy a stranger had built into the life of a little boy in South Korea was returned—as the greatest gift of all.

The giving you do, the difference you make…it will come back to you in ways you might never expect. We’re all part of the same circle, woven together by God’s mysterious, wonderful hand.

“Let us not become weary in doing good, for at the proper time we will reap a harvest if we do not give up.” Galations 6:9

Have you ever seen a gift come full circle in your life or someone else’s?

Heather Gemmen Wilson loves to laugh. She says, "Through all the circumstances of my life, I have gained more than I have lost ... and I'm not just talking weight." Heather is married to her best friend, Lawrence W. Wilson, a pastor, and they have a colorful blended family of...