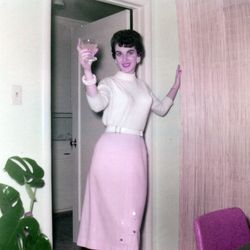 I have a friend. She lives in an amazing house. She has well-behaved children and more than enough money for every need and want. Oh, and she's beautiful.

And if all that isn't enough, she's a wonderful person, who gives to the poor, defends the weak, serves others. She has an amazing life.

I used to think it was better than mine.

You don't have to be a genius to realize that some people have it better than you. You only have to be human.

It's in our nature to compare our bodies, our hair, our homes, our lives to others.

I've never seen this reality more than in the blog world. Women compare. We compete. We covet.

And we grieve God when we do.

The cost of comparison is high. When I compared myself to my friend, it only magnified my own insecurities. It only left me feeling discouraged. It created a desire in me to be something other than I am.

There is only one me. I wasn't designed to look or act or be my friend. God created her, called her to something. I have my own job.

Comparison to others affects our motives. When I first started blogging, I read what others were doing and I tried to replicate it. I thought I would be successful if I could just repeat what I saw. But I found the more I tried to be like others, the more I lost who I was supposed to be (plus it didn't work!) I couldn't accomplish what God designed for me as a blogger because I wasn't being myself.

I was muting my own voice by trying to mimic the voice of others.

As believers, we're all in a race. But in our mindset, a race signifies a competition, one against another. But we aren't competing against other believers for the prize. We are running towards the prize of Jesus. There isn't a trophy podium for first, second and third place. We are all first place winners by finishing the race.

I'm never going to have a house like my friend. And no matter how much I try, I'll never have her body (insert another cupcake here). But that's okay. I'm not supposed to.

It turns out that her life isn't really better than mine. It's just hers.

A year ago, she started a blog, but didn't write on it one time. After a few months, she emailed me and said, "I wanted to have a blog like yours. But I just can't do it. It's not me."

She has her job and I have mine.

I wouldn't trade our lives for anything.

by Kristen, We are THAT family