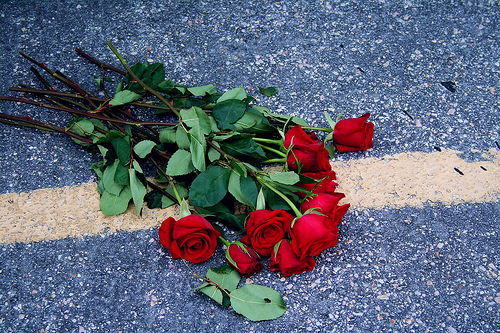 She goes to visit Europe for the summer. She's kidnapped.

And it would have been…except for her father.

She sobs into his arms, "You came for me." His reply is stunningly simple, the only words a father who loves his daughter enough to die for her could say, "I told you I would."

My heart resonated with those words. I thought of a time I'd been bound by struggles daily draining the joy from my heart. And then, suddenly, it was over.

After my sheer relief began to pass, questions bubbled to the surface of my soul. Yes, I felt grateful. But I also wondered, "Why didn't you answer my prayers? What were you doing? Where were you?"

And much like the father in Taken, it seemed He whispered to my heart, "All that time I was coming for you."

There's a lot more to the story than the scene I described. And much of it is about what the girl's father goes through on her behalf. It's astounding. Yet from her perspective, it seems nothing is happening.

We can feel the same. When life closes in, grows dark, and our fears drag us away it can seem as if we've been forgotten or even abandoned.

But let me assure you, God is already coming for you.

It's the real joy of Easter.

Jesus came for us.

He will come again.

And most of all, He is always coming for us right in the middle of our messy lives.

If a cross didn't stop Him then, we can be sure He will stop at nothing now. And His heart only needs two stunningly simple reasons to do so–

We are His daughters and He told us He would.

p.s. While most of us will never endure the horror of slavery, it's an issue women throughout the world still face. Understanding is the first step toward helping. To hear one woman's story, read The Slave Across the Street: The True Story of How an American Teen Survived the World of Human Trafficking.