When I was in Kindergarten, I was determined to be the best.

The best student.
The best friend.
The best reader.

Sometime in the fall, my class was outside for recess and I was reading near the teachers (as usual). I saw a few of my friends near the edge of the playground, and for once I decided to join them.

When I walked up to the kids, I saw they were throwing rocks and pebbles near a car. I thought we were seeing how far we could throw, so I joined in. I had fit in perfectly with the teachers so far, but not so much with the other kids. I wanted to fit in. The teachers eventually noticed us and made us apologize to the librarian, whose car we came close to hitting. The other kids didn’t care about apologizing and muttered a quick “sorry” before walking away. I, however, was sobbing and begging for the librarian to forgive me. Of course she did, as she knew me from church and knew I wouldn’t hit her car on purpose.

I had avoided that librarian since the day the rocks were thrown, hoping she wouldn’t see me and remember what I had done. My family moved multiple times since I was in kindergarten, but I still wasn’t willing to forgive myself for that mistake.

It had been eight years, but I hadn’t forgotten.

Sometimes the hardest part isn’t saying an apology, but forgiving yourself.

A few months ago, I went to a wedding. And eight years after I begged for mercy, I found myself talking to the librarian. I was nervous when I saw her; I hadn’t seen her since I was in second grade, but surely she remembered. We talked for a while, and I wondered when she would bring up the rocks that nearly hit her car.

But it never came up. In fact, she only talked about the good things I had done; how I helped her set out doughnuts for Sunday school. How I had always been a good student. She obviously had forgiven me, and days after we talked, I realized something. Something glorious.

Eight years after I had done a horrid thing (in my six-year-old mind, anyway), I had forgiven myself.

I had forgiven myself, and I felt free.

You see, Jesus has already forgiven us for every wrong thing we have ever done. It’s when we aren’t willing to forgive ourselves that we put on the chains of guilt and shame.

There is freedom in Christ from the shame we hold onto. There is Hope.

Today, come to Jesus and give Him your guilt; give Him your sins. Let Him unlock the shackles that hold you back. I promise, He will take them from you, and you will be free. 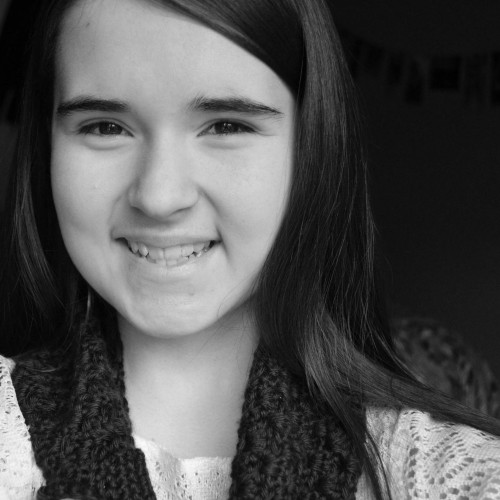 Daughter of The King, minister's kid, photographer, sunrise-admirer, and artist. Learning to live by faith alone, and going wherever He calls me. Isaiah 7:9(b).