It wasn’t easy to be a woman in ancient Israel. Unable to hold property or give testimony in a court of law, a woman’s place was in the home, caring for family. Strict guidelines governed every aspect of life, from cooking to cleaning and everything in between. Stricter still the laws that dictated the course of her monthly bleeding. Rules of separateness. A label, unclean. She could not be with her family; she could not care for or feed her own children. Her husband was forbidden to touch her. She could not live in her own house.

Ever since a girl coming of age, she followed the rules. Until one day when the bleeding did not stop at the end of the week. Days turned into weeks and weeks into months, and she spent all she had seeking wellness. Seeking wholeness. Seeking redemption from her suffering, from the label she wore—unclean!

A large crowd followed and pressed around him. And a woman was there who had been subject to bleeding for twelve years. She had suffered a great deal under the care of many doctors and had spent all she had, yet instead of getting better, she grew worse.

The Talmud has no less than nine cures for chronic bleeding. Among them tonics and tinctures, mystical cures involving strange acts and stranger ingredients.

Carry the ashes of an ostrich egg in a cotton sack worn about the neck.

Fetch a barley corn from the dung of white female donkey.

There was nothing she was unwilling to try. Nothing she would not do. No price too high, no potential cure too strange. She had done them all, spending all she had. She was left with shame, a pariah in her own community.

What she did that day on the streets of Capernaum was nothing short of heretical. In her unclean state, touching a rabbi was criminal. A cause for disgrace, banishment, and perhaps even death.

He knew what she had done the moment she wriggled through the crushing crowd, grasping at the hem of his tunic. Turning immediately to the startled faces of disciples pressed around him, he sought her.

“Who touched me?” Jesus asked. When they all denied it, Peter said, “Master, the people are crowding and pressing against you.”

But Jesus said, “Someone touched me; I know that power has gone out from me.”

Then the woman, seeing that she could not go unnoticed, came trembling and fell at his feet.

As she fell at his feet, terrified by her own actions, the Rabbi did not scold her. He did not criticize or remind her of the laws she had so heedlessly broken. He smiled and spoke gently.

“Daughter, your faith has healed you. Go in peace.”

Greek is a language of many layers and subtleties. It was not just peace and healing He gave … the peace that surpasses all we could possibly imagine. It was so much more. The word He used was more than just “peace.”

No longer broken and bleeding, but whole.

Here we are, thousands of years later, reading His words, astonished at her courage. Her brokenness, a foil for His kindness. Her suffering, manifesting His grace.

Maybe your brokenness is on the outside, or maybe it’s in the form of silent bruises on your soul. This world is not our home, and no matter who you are or where you’re from, know this: we’re all broken, we’ll all incomplete.

But there is a God who sees you and He hears you. El Shaddai, the All Sufficient God, is sufficient to bind your wounds. El Roi, the God Who Sees, sees you — your brokenness, your suffering, your pain. Daughter, He offers you not just peace, but wholeness.

“I have told you these things, so that in me you may have peace. In this world you will have trouble. But take heart! I have overcome the world.” 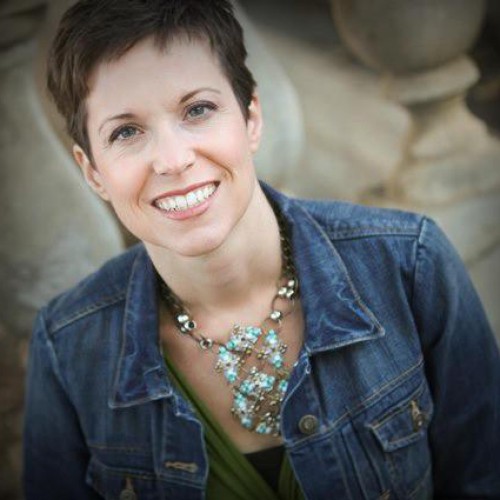 We are all meant to shine! Adelle writes about living an abundant, shiny life with a little grace, a little humor, and great shoes.