We were married in April, and God smiled on us. The fickle Western Pennsylvania sun shone bright in a
cloudless sky. We danced long into the night, and life was beautiful.

Two months later, I was curled tight on my bed in a stuffy Maryland apartment, asking God where we’d
gone wrong.

I thought that if God led and then I followed, life would flow smoothly. And I was utterly wrong.

God led us to our first apartment. Nothing on our list was working and time was short, so when we passed
the ad for an affordable complex we’d missed, it seemed like our answer.

By summer, we weren’t so sure. Airplanes landing at the airport shown spotlights at our couch; the
constant roar of traffic and the crowded complex tore at my introverted husband’s soul; and bedbugs tore
at my skin by night and at my mind by day.

I thought God had forgotten us, or that I had failed to follow Him.

That trial ended in November. We moved to a beautiful apartment in the upper story of a storage barn on
a horse farm, and found good in the bedbugs that made it easy to break our lease.

“Let’s remember this,” he told me. “God can make anything good.”

But I didn’t remember.

I learned I was pregnant New Year’s Eve, stunned that God would up-end my carefully crafted plan. But as weeks passed, I accepted that His plan was better. When I didn’t feel movement, fear began to creep n. “But God gave me this child without me asking,” I told myself. “So don’t worry.”

God took my daughter before I ever met her.

For a long, long time I doubted God.

My husband had been unhappy at his job since we were married, and the fall after Lynn died he started a Master’s degree. It paid off; in September 2009 he was offered a perfect position in Syracuse, N.Y. I thought maybe God remembered us after all.

He had to pass a polygraph first, and he worried because he knew too much about those tests, the inaccuracies and problems that plague them. I told him God had opened that door, so he’d do fine.

The results were inconclusive, the job lost, and we cried the hours back to Maryland.

Think of Israel. God miraculously, spectacularly, brings them out of Egypt through walls of water; andleads them with cloud pillars and flames of fire into a desert with – get this – no food and no water and hostile nations eager to plunder their livestock. Strange leading, isn’t it?

But we have the benefit of hindsight.

God wanted Israel to learn to trust Him whatever the circumstances, and He always provided in the end.

He’s given me chance after chance to trust Him, too.

That long drive from Syracuse to Maryland, I promised that I would not fail the test this time. This time, I said, I would choose faith.

This February God led us again, to a good place. He flung doors wide open; doctoral studies for my husband, dream job for me, a 1950s house we bought this summer. I think He’s brought us here for the doctorate; but this time, I’m not sure it’s going to work out the way I expect.

Maybe we’re here for something else.

Either way, I say with Job: Though He slays me, yet will I trust Him. 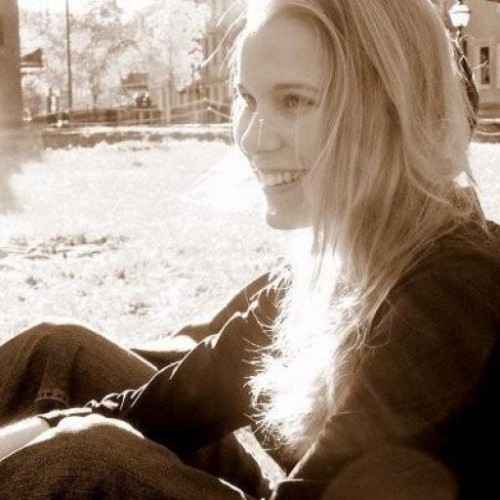 Heather is wife to a doctorate-student, playmate to ferrets, and mom to Lynn, who waits in heaven. She writes of her small-town reporter’s life here.